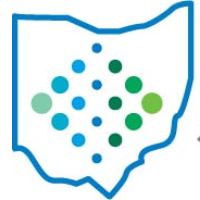 You are viewing an old version of this page. View the current version.

This article explains how to execute the importers from the docker host.

The import scripts below are destructive. When executed, the existing database for the project will be deleted. All information stored in the database will be deleted this includes all data, custom configuration options, installed modules etc.  You must not run these scripts in a district which already has data loaded, unless you intend to replace it.

The import scripts assume that the district has been configured with the setup.sh script from /ssdt/prod.  The scripts do the following:

After completion, the directory will contain log file(s) containing the entire import process.  You should review the logs to ensure successful complete and for errors which may need to be reviewed.

After the import completes, it can time a while before the instance is up (the first time only).  There are adjustments being made and patches applied. Do NOT assume the instance is hung and restart the application; this can cause delays or issues.  Monitor the usxsapp logs while the patches are applying if errors are suspected.

If the ITC and district cannot resolve import related errors, ITC staff can open a support request with the SSDT. Import logs can be securely transferred to the SSDT using the method described in Securely Send Files to SSDT for Support.

We recommend you immediately execute a backup after completing the import process. From the district's project directory do:

You will also want to review the post import procedures outlined for both USAS and USPS.  These documents can be found the in Appendix section of the online documentation.