Most of you have established your temporary figures for FY2022.  If you are ready to make those temporary amounts permanent figures, you may ask yourself how do I go about doing that?

Do I have to make them permanent if I don't have any changes?

Wait, did I make them permanent in the first place?

How can I find out what I selected when I applied them several months ago?

No worries, we have the answers for you.

Let's back up to when you applied temporaries via Budgeting>Proposed Amounts. If the 'temporary' transaction type (below) was selected, the amounts applied became the initial budgets for FY2022.  If the Update the GAAP Original Estimate amounts box was left checked, the FY2022 expendable/receivable amount were applied to your GAAP Original Estimate figures.  If unchecked, the GAAP Original Estimate figures were left blank.  The effective date defaults to July 1st indicating the temporary figures are as of the beginning of FY2022... you cannot change the date.  If Full Year was left checked, this indicated the temporary amounts hold true for the entire year.  If temporaries were going to change during the year, you could have unchecked the full year box before applying.

A: If you have FY2022 initial amounts in Core>Accounts, you applied them. However,

Q: How do I apply permanents?

A: When applying permanent amounts, the 'permanent' transaction type (below) is selected.  If you have existing temporary amounts, they will be overwritten with the applied permanent amounts.  The Update the GAAP Original Estimate amounts is checked by default and cannot be changed, enforcing the current expendable/receivable amount will be applied to your GAAP Original Estimate figures.  The effective date and Full Year enforce the permanent figures as of the beginning of FY2022 and hold true for the entire year.

To confirm your permanents were applied, review the

in Core>Accounts.  You can also re-run the Budget Transactions Initial Estimate report again to view the updates made.  In our example, the 'TempInitial' will contain a checked box indicating it has been replaced with an 'Initial' figure.  This should match the initial amount on the account.  The GAAP Original estimate will be updated as well; however, it will show as a GAAPAdjustment containing the amount of the update.  In our example, the GAAPInitial was $103 and the GAAPAdjustment of $147 (147+103 = $250) which is new GAAP Original Estimated figure displayed on the account.

Q: My temporaries were approved and no changes needed.  Do I need to make them permanent on the system?

).  As for your GAAP amounts, if you set your GAAP Original amounts during your temporary posting, when applying permanents, the GAAP 'original budget' remains unchanged, however, the GAAP 'revised budget' amount on the GAAP Extract reflects the permanent figure. 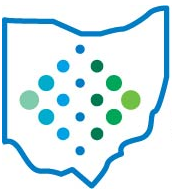